Skip to content
Once a vast desert, the United Arab Emirates is now a country where you can find an ideal blend of the traditional and ultra-modern. With humble beginnings in camel rearing, pearl farming and fishing, the 7 UAE emirates now offer an exciting mix of adventure, history, culture and fun for everyone. So, what makes the UAE’s 7 emirates unique? What sets them apart from each other? Why is the UAE one of the best places to live in the world? Here’s everything you need to know about the UAE’s seven emirates.

Rulers of the Emirates

Although a nation-state, all seven emirates in the UAE are ruled by different royal families in the UAE.

THE SEVEN EMIRATES OF THE UAE AND WHAT MAKES THEM SPECIAL

Let’s now take a detailed look at each of the seven emirates of the UAE and see how each is unique. Here’s a map of the UAE with the 7 emirates pinpointed to give you an idea of their geographical locations.

Multicultural Dubai is home to people from more than 200 nationalities. The emirate is known for its modern skyscrapers, extravagant landmarks, star-studded skyline, vibrant nightlife and high-end shopping experiences. The emirate’s economy is majorly driven by its real estate and tourism sector. However, this was not always so. One of the interesting facts about Dubai is that until the 1700s, Dubai’s economy relied heavily on fishing and pearl farming. Similarly, the history of Dubai architecture is also quite exciting. Many things make Dubai a popular tourist destination, but here are some of the best ones.

Burj Khalifa needs no introduction. It’s the tallest building in the world and is expected to remain so for a long time. There are plenty of things to do at Burj Khalifa. Whether you fancy an afternoon tea or a view of Dubai from the top of Burj, you can have it all.

THE MUSEUM OF THE FUTURE

The Museum of the Future opened its doors to the public on February 22 2022. Referred to as the “most beautiful building on Earth” by His Highness Sheikh Mohammed bin Rashid Al Maktoum, this museum building on the bustling Sheikh Zayed Road promises an exhilarating experience to all lucky visitors. You can explore the future of artificial intelligence and other innovative technologies here.

This is the largest artificial island in the world, shaped like a palm tree – complete with the fronds and a trunk. Palm Jumeirah is a luxury development that offers high-end waterfront living for residents, with all lifestyle amenities and leisure activities nearby. The Pointe is an exclusive waterfront destination on the world’s largest artificial island, dotted with restaurants and retail outlets.

Abu Dhabi, the largest emirate in the UAE, is also the country’s capital. In Arabic, the name Abu Dhabi translates to “land of the gazelle.” Legend is that the name originated when a young gazelle led a lost tribe to fresh water on an island with some coral buildings, a fort and some 300 palm frond huts (barasti). The tribe settled there, marking the beginning of modern Abu Dhabi. One of the most interesting facts about Abu Dhabi is that the earliest settlement in the area can be traced back to the 3rd millennium B.C! Today, this thriving archipelago blends a rich heritage with glorious high-rises, stunning landscapes and a vibrant high-end lifestyle. You can discover some of the best things the UAE has to offer right here, in Abu Dhabi.

One of the distinguishing features of Abu Dhabi is its thriving mangrove population. Whether you go kayaking at the Eastern Mangroves or set out to explore the Jubail Mangrove Park, you can witness the lush vegetation and the prolific ecosystem it supports firsthand.

Qasr Al Hosn or the Al Hosn Palace once served as the home of the ruling family. It holds a watchtower that was Abu Dhabi’s first permanent structure, built in the 1790s to protect the island settlements. Today, the palace has been converted into a museum displaying artefacts dating as far back as 6000 B.C.

The third-largest emirate in the United Arab Emirates, Sharjah is home to extensive deserts, beaches, and significant archaeological monuments that are dispersed throughout the city. Sharjah was named both the “Unique and Distinguished Tourist Destination” and the “Capital of Islamic Culture.” Additionally, UNESCO designated it as the “Cultural Capital of the Arab world.” The Eastern Coast of the Gulf of Oman can be seen from a number of locations throughout the emirate. Overlooking the Arabian Gulf, Sharjah harmonises its best historical and Islamic influences. You can witness the best of Sharjah at these must-visit places.

The 8000-hectare Sharjah Safari is the world’s largest safari park outside Africa. It features fascinating and exotic species, such as giraffes, lions and even a black rhinoceros.

You can spot beautiful mosques across the 7 emirates of the UAE, but Al Noor Mosque stands apart because of its traditional Ottoman-style architecture. Al Noor Mosque in Sharjah is also one of the four mosques offering mosque tours in the UAE. Aside from being a place of worship, the mosque serves as a destination for learning more about Islamic culture and history.

The smallest of the 7 emirates of the UAE, Ajman has its fair share of natural wonders and age-old traditions. It is bordered by the Arabian Gulf on one side and the Hajar Mountains on the other, with a landscape featuring several pristine beaches with plenty of activities for visitors. The emirate effortlessly balances its traditions with modernised services and urban development, in alignment with the UAE Vision 2050. Some of the most prominent places in Ajman include these.

The Ajman Museum is an 18th-century fort that previously served as the residence of the Ajman ruling family and also a police station. It was converted into a museum in 1981 and has since been a place to explore the emirate’s lifestyle and culture through historical displays.

Umm Al Quwain might be the smallest emirate by population size, but it wins the race regarding unexplored sites. The emirate has a history dating back to the Stone Age and is home to Ed-Dur — one of the largest archaeological sites in the UAE. Most of this emirate remains unexplored, but it attracts fishing enthusiasts from all over the country. The shores of Umm Al Quwain have some of the best deep-sea fishing points you can find. Aside from that, the emirate has plenty of other things to offer.

One of the most important sites in Umm Al Quwain, the Falaj Al Mualla Fort, was built in 1825 under His Highness Sheikh Abdullah Bin Rashid Al Mualla’s supervision, a former ruler of Umm Al Quwain. Following its restoration in 2015, the fort now serves as a museum.

The Ed-Dur site gives you a comprehensive look into the history of Umm Al Quwain. This fenced area includes a significant temple from the first century AD. Other excavated discoveries depict human settlements in the area belonging to the Stone, Bronze and Iron Ages.

Ras Al Khaimah, which translates to “top of the tent” in Arabic, is the northernmost emirate of UAE. It is also the fourth largest city in the country. The emirate is home to three seaports that give it great strategic and economic importance. Rugged and mountainous in certain areas, Ras Al Khaimah offers plenty of adventures and outdoor activities. Some of the emirate’s most prominent attractions include these.

The ultimate adventure destination, Jebel Jais is much more than a towering 2,000-metre mountain. There’s so much for visitors to see and do here — ice skating, zip-lining and camping, to name a few!

Like most other museums across the 7 emirates of the UAE, the National Museum of Ras Al Khaimah is also a historic fort that once served as the ruling family’s residence. It was converted into a museum in 1987 and has an impressive collection of historical, archaeological, ethnographical and traditional displays.

The last entry on our list of UAE’s 7 emirates, Fujairah, is the most mountainous and peaceful of all — located on the eastern coast of the UAE. Whilst all emirates have impressive coastlines, Fujairah beaches, in particular, stand out for snorkelling, scuba diving and even surfing! Here are some of the best attractions in the emirate.

One of the best places to surf in the UAE, Tim’s Reef in Fujairah is the only reef break spot in the country. The reef faces the Indian Ocean and produces some excellent waves for surfers. So, if you want to catch some wild surf, this is the place for you. 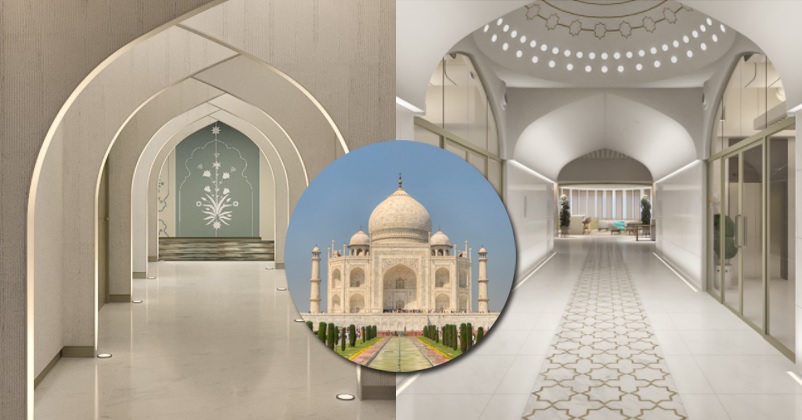 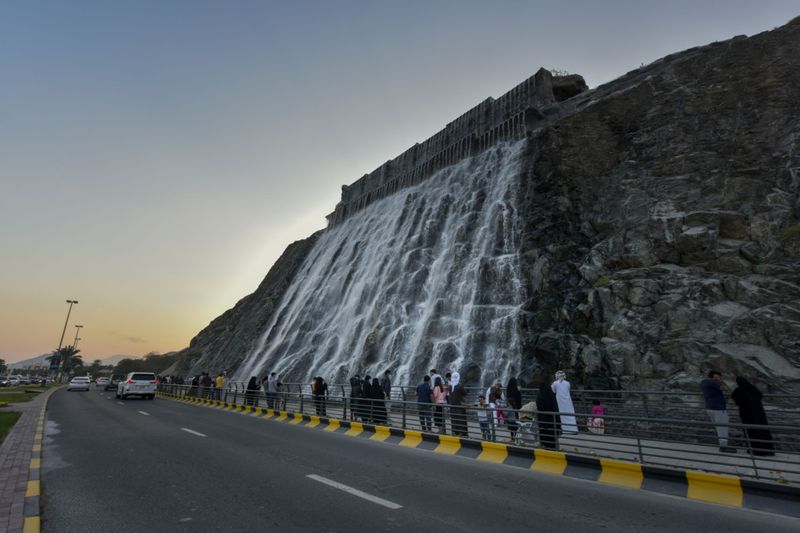